I started reading the Richard Feynman biography "Genius" by James Gleick two months ago. I was really fascinated by physicist Richard Feynman but I found myself becoming disinterested in the book. Not because of Feynman but the technicality of the book was too much. I felt like I was back in my college physics courses.

I decided to take a break from “Genius” and turned my attention to another book after listening to J. Cole's latest album "The Off-Season."

The beginning of "the.climb.back" goes, "Are you doing this work to facilitate growth or to become famous? Which is more important? Getting or letting go?"

"Holy shit!" I thought. That's a powerful quote so I set off to figure out where J. Cole got this from. After finding out it's from "The Tao of Leadership" by PH.D John Heider, I turned my energy there. 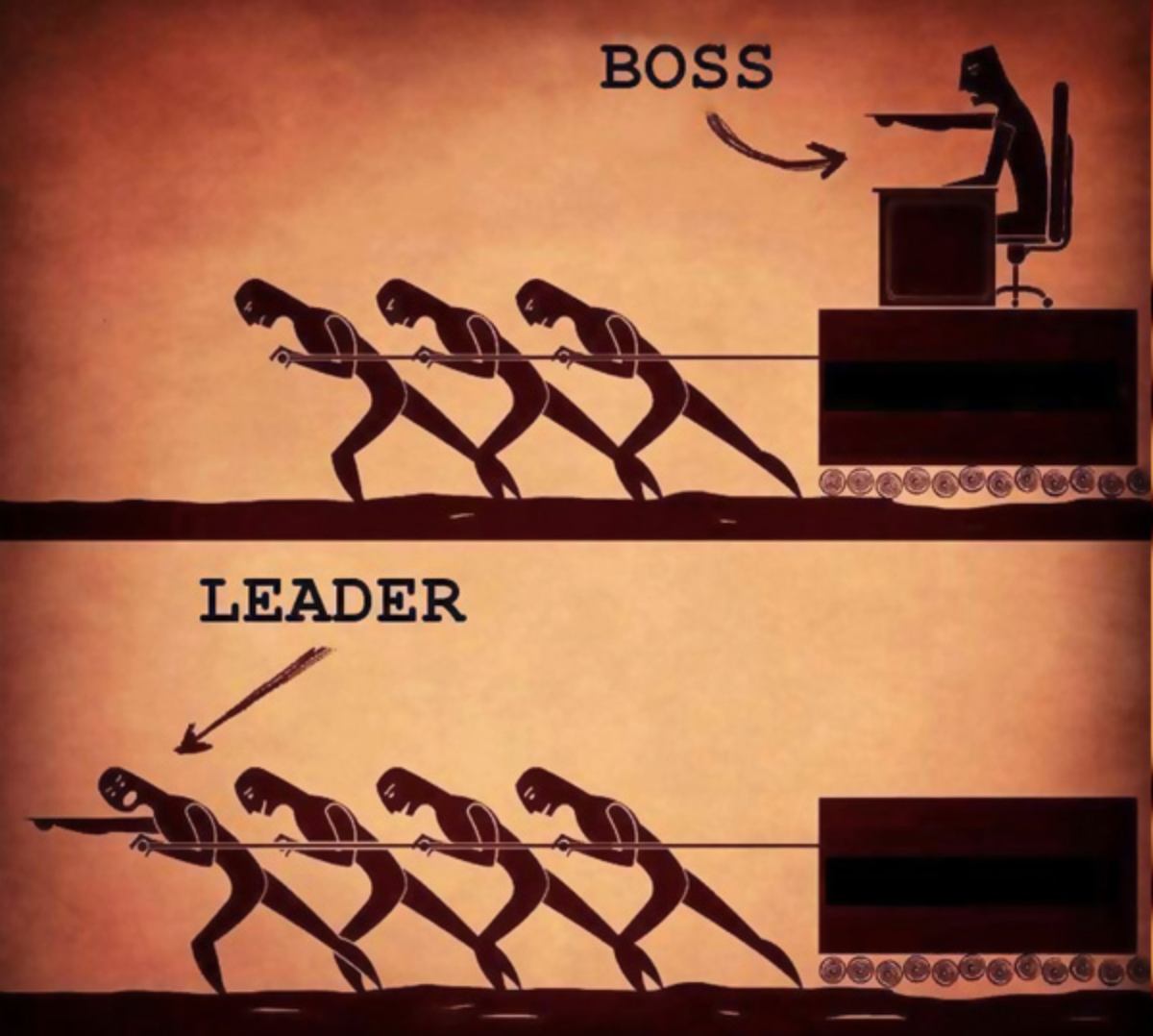 Which one do you prefer?

I've been fortunate to have worked under a variety of people with very unique personalities, but I mostly saw leaders who fell under three umbrellas. They were either heavy-handed--weighing into everything. They gave autonomy--letting those they manage figure things out and only acting when called upon. Some were completely hands-off--seeming only caring about the pay that comes with the title.

When I worked in a Security Operations Center in Minnesota, my manager gave our team the autonomy to figure things out on our own--only using him if we were lost. Although there were days and even weeks that demanded a lot, his style never wavered and we were able to get our work done. Under him, I rose through the ranks and would lead the team in his absence.

I've also had leadership that micromanages, Keeping tabs on everything I did. There wasn't an email I could send without it having to go through them first. It seemed to me that nothing I did was good enough in their eyes--there was always something that they needed to edit/add.

If you're not working for yourself there is a chance you've seen a micromanager. Believing that if their hands are not on the helm the ship will sink. In my experience, these types lead with fear of collapse--that the team is not capable of function without their input.

The other type I mentioned is the leader who is a leader in title alone. They are seemingly just collecting a paycheck. I’ve worked with a few that don’t care about the people they are leading and are more interested in maximizing their bank accounts.

Pause right here and rank these three from best to worst. Let me know what your choices are at [email protected]

Let's dive into the book.

The book is relatively short--filled with short passages that are focused on specific topics like "Knowing What Is Happening" and "The Paradox of Pushing." I'm not a speed reader but was able to finish in a few hours of reading time.

But before we dive in further, what is Tao? I've heard it referred to as "The Way." A translation based on the Chinese characters used for Tao. 道

From what I've gathered "The" part in "The Way" is a reach and added for westerners to understand. Tao is at the core of nature. Being aligned with Tao is being aligned with nature. And throughout the book, the author describes ways in which one can lead while being in tune with nature--that is being one with everything.

According to Chinese philosopher Chuang Tzu, "The Way (Tao) is to man as rivers and lakes are to fish, the natural condition of life." To go against Tao is to go against nature.

Like the simile of Tao to a river, Heider often implores the reader to go with the flow.

In the chapter titled “Being a Midwife,” Heider writes "The wise leader does not intervene unnecessarily. The leader's presence is felt, but often the group runs itself."

The book described a leader as somewhere in between complete hands-off and one that allows autonomy.

Many times while reading through the book I thought to myself, "what is the point of a leader if not to take charge and make tough decisions?" The "Being a Midwife" chapter opened my eyes up to a new possibility of leadership--a leader that sits back and lets the group shine.

Having just had a child and having a doula present--something I'd advise for anyone having their first child--this chapter made sense when I thought of the amazing work our doula did. She was not there to  tell Kiho what to do, instead she was a support system as Kiho went through the birth process. There to remind Kiho how much of a badass she was.

This is the role of a leader. The goal is set. Give birth to an idea/vision, and the leader leaves them to it, only providing the support needed to progress to the next stage of development. The leader doing otherwise is all ego.

Working as a consultant for 8 years I've been in situations where the leaders can't afford to "lead in a nourishing manner." They need results! Possessiveness reigns supreme because profits need to be maximized.

Continuing to use the river as a natural condition to life, no fish, at least none that I'm aware of, spends its life swimming upstream.

Too often leaders have a constant desire for their team to swim upstream--working harder than humanly possible in order to chase what I call "perfection of profits." Seeking to make the perfect amount of money. But like people that seek perfection, this mindset leads to misery.

This constant upstream battle becomes a "race to the bottom."

Investopedia describes the race to the bottom as "a competitive situation where a company, state, or nation attempts to undercut the competition's prices by sacrificing quality standards or worker safety (often defying regulation), or reducing labor costs."

If you're reading this and in a leadership position don't join in on this race. Leadership is not just at a job, we can also lead in our families, social circles, and places of worship. Hopefully, this book review helps you realize that pushing is unnatural. Be part of the river.

I leave you with a quote from Coach Ted Lasso from the Apple TV+ show “Ted Lasso.” After his son tells him it doesn’t look like he’s doing anything during a game he says, “Well it’s ‘cause I’m not. All right? I got a lot less control, ‘cause once the game gets going, I can’t tell my fellas what to do. So I just gotta hope that everything I’ve been trying to teach ‘em made some sort of impact on ‘em, and that they’ll make the right decisions when they’re out there on their own. You know, it’s kinda like being a dad, I guess.”